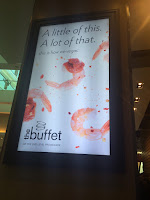 Aria buffet brunch is located inside of Aria’s Resort & Casino in Las Vegas, Nevada. Brunch at Aria is rated one of the top brunch places in Las Vegas, so you know I had to try it out for myself. Needless to say, I think my expectations were too high. 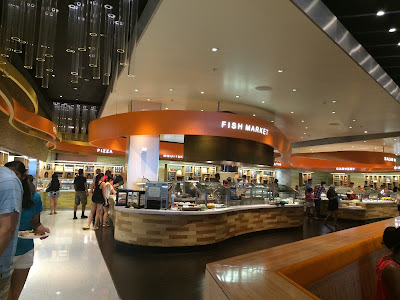 We waited in line for about 45 minutes, which was a huge turn off. There was even a long wait if you had reservations. However, it was Sunday, memorial weekend so I was trying to give them the benefit of the doubt. The price was higher than advertised on line, which is a huge turn off. We paid a whopping $52.99 for brunch and bottomless drinks, which I now know wasn't worth it. 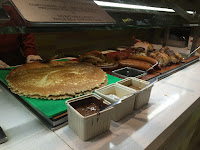 The food was decent. Not as spectacular as I was expecting. The pancake station had all different types of toppings to adorn your food, caramel, whipped cream, nutella and syrup. 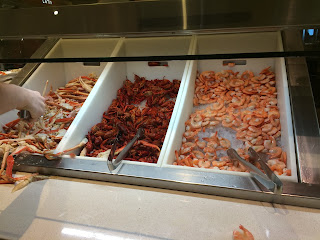 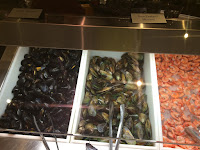 Tons of seafood to choose from, crab legs, clams, mussels, and shrimp.

Furthermore, there were different stations with different ethnically inclined dishes like Asian, Latin, and European. Definitely eat from the Asian station; the General Tso Chicken was the best I’ve ever had! 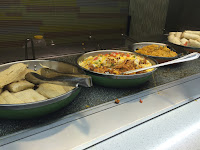 The dessert station was, by far, the best. There was tons of variety, from cakes, to cookies, to cupcakes and brownies, over ten different flavors of ice cream. 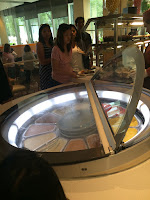 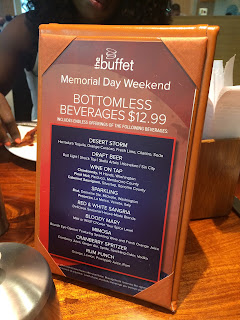 Service wasn’t impeccable nor was it horrible. The waiter would appear out of nowhere, take your used plates and ask if we wanted more drinks. I stuck with mimosas, although you could alternate between beer, rum punch, sangria and other cocktails. The mimosas where average, I had about four and did not have a buzz.

People were dressed Sunday casual and relaxed. I even felt slightly over dressed in my backless yellow sundress and sandals. The girls didn’t have anything great to say about Aria’s either, at the end of the day we were happy to be enjoying a meal together. 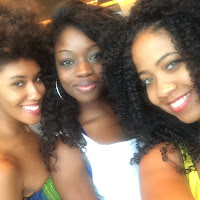 Would I go back? Definitely not. There is a tremendous amount of brunch places in Las Vegas and I will be trying a new one on my next trip.